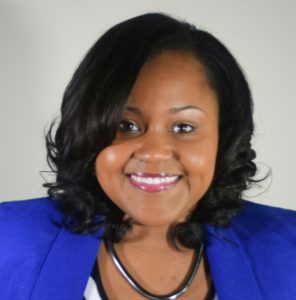 Mischelle is one of the founding and managing attorneys at Luckett and Ashford and a dedicated Chicago lawyer who advocates aggressively for her clients.

Mischelle understands that divorce and family law disputes are stressful and delicate events for clients. She believes that open communication and a high degree of trust is important to facilitate excellent client-attorney relationships and quality representation. She believes it is necessary to recognize the unique circumstances of each client. Mischelle utilizes her legal expertise to craft a litigious plan for her clients to bring about the best possible outcome for her clients.

Connect with Mischelle on LinkedIn

Keisha Bardney is an associate attorney at Luckett and Ashford.

Areas of practice include family law, estate planning, and intellectual property matters, including trademarks and copyrights. Prior to joining Luckett & Ashford, Keshia worked in the corporate governance sector. Experiences within this sector included state regulatory filings for one of the largest health insurers in the country, as well as business contracts between corporate subsidiaries.

Keshia is, by nature, drawn to helping others. Her legal career experiences match this passion.

Keshia’s legal career is highlighted as a law clerk within the Illinois Attorney General’s Workers’ Compensation Bureau. She negotiated the best benefits and settlement for countless injured state workers. She also assisted with the prosecution of employers who failed to maintain workers’ compensation insurance coverage.

Keshia earned her Juris Doctorate from John Marshall School of Law. Keshia is Licensed to practice in Illinois by the Supreme Court of the State of Illinois. Keshia is also a graduate of Loyola University Chicago, holding a Bachelor of Arts in Communications. 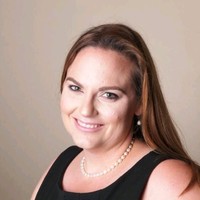 Stephannie A. Santelli Guzy is an associate attorney at Luckett and Ashford.

Stephannie A. Santelli Guzy has joined the Law Firm of Luckett and Ashford in 2019 after successfully running her own law firm for over 5 years in the Southern District of Illinois (Belleville, IL). She graduated in 2004 from the Loyola University School of Law in Chicago.

While running her own firm, Stephannie practiced primarily family law. She has over 10 years of experience handling all family law matters such as dissolution of marriage (divorce), child support, allocation of parental responsibilities, allocation of parenting time, parentage cases, orders of protection, and maintenance cases.

Following law school, she clerked for the Honorable Judge Thomas V. Gainer in the child abuse and neglect division of the Cook County Juvenile Court Division. There, she observed hundreds of child custody cases and was trained in trial advocacy from the Judge’s perspective by Judge Gainer. She then accepted a position as an Assistant Attorney General under Lisa Madigan, in the Medicaid Fraud Control Unit. There she was cross designated as a Special Assistant United States Attorney and second chaired a federal jury trial in the Southern District of Illinois. From there, she accepted a position as an Assistant States Attorney with the St. Clair County of Illinois, where she tried six cases to verdict as a first chair. After experiencing first hand the dysfunction and how biased and unfair the criminal system can be, after Judge Joseph Christ was found dead after a cocaine overdose and Judge Michael Cook, a Judge she had done a jury trial to verdict in front of, was convicted of crimes in connection with his death, Stephannie decided to open her own firm and work for clients who were facing charges at the hands of a corrupt judicial system.

After owning her own firm for five years in the East St. Louis area, Stephannie gained invaluable skills as an attorney. She conducted trials in the area of child support and allocation of parental responsibilities. She has defended and obtained numerous orders of protection. She then moved with her family to Hyde Park, Illinois where her husband is an employee of the University of Chicago. She is now proud to have lived on the South Side of Chicago since 2015.

Stephannie will use her years of courtroom experience defending and prosecuting family law matters for your benefit. She is excellent at the numbers involved with settling family law cases.